In the Middle of Everything…Far from Ordinary 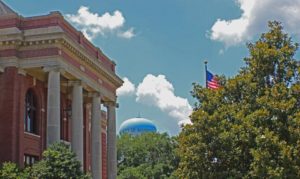 If the “Smiling Faces and Beautiful Places” of South Carolina are your cup of tea, then Deercreek At Wyboo, in historic Manning, South Carolina, is the place for you.

Those who travel the I-95 corridor along the East Coast are familiar with the beautiful scenery of the Santee Cooper Lakes area.  However, some travelers may have not yet discovered the lake country gem otherwise known as Manning, South Carolina.  This charming southern town provides a welcome retreat from the hustle and bustle of city life. 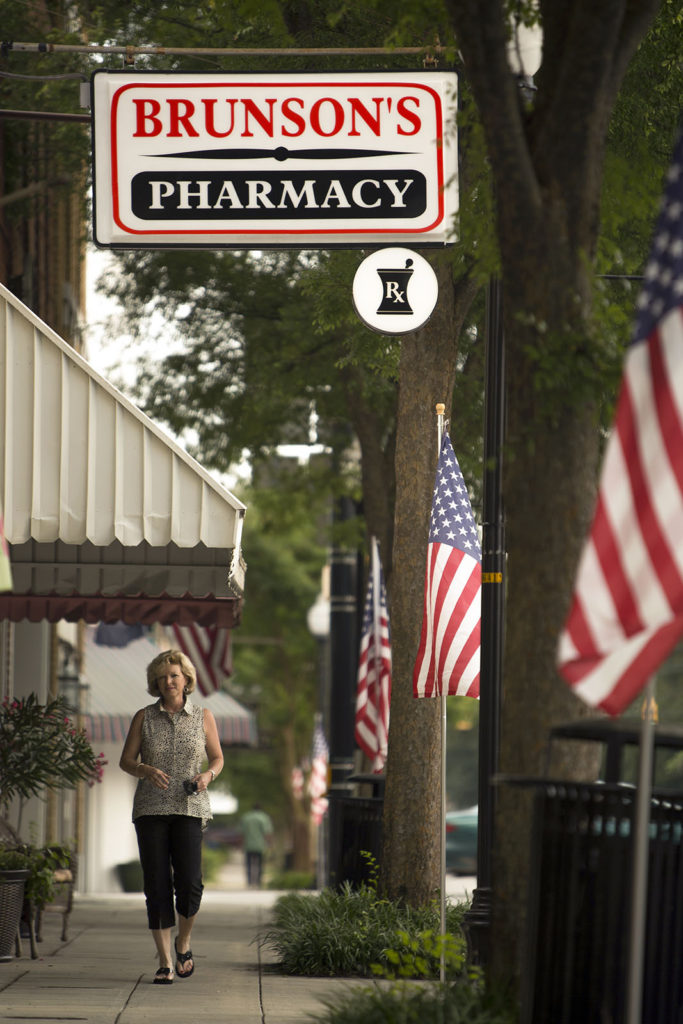 Manning is the home of more than 4,000 of the friendliest people you will ever meet. As the Clarendon County Seat, not only is Manning celebrated for its rich history and small town charm, but it also boasts year round moderate climate, modern day services and conveniences, easy access to local government agencies, endless outdoor recreation opportunities (including golfing, boating, fishing and hunting), boutique shops and restaurants, great health care facilities, low property taxes, low homeowners insurance and low cost of living. As the home of the newly restored Weldon Auditorium, Manning is also the cultural center of the region. Its convenient access to the I-95 corridor, to South Carolina’s four largest cities (Charleston, Columbia, Florence and Myrtle Beach) and to many other attractions make Manning a popular home for those looking to live in a charming South Carolina town centrally located “In the Middle of Everything…but Far from Ordinary.”

Spotlight on the Arts 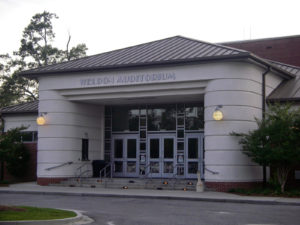 Manning’s beautifully revitalized 1,092 seat Weldon Auditorium and Art Gallery has served as the cultural hub of Clarendon County since 1954. Following a complete renovation which concluded in 2010, this historic and beloved auditorium has since secured its position as the cultural center of the region. Located in the beautiful historic section of Manning, Weldon hosts a wealth of entertainment events throughout the year including concerts, plays and ballets, and its 3,000 square foot atrium is often used for receptions and special events. Staying true to its roots, many of the events held at Weldon include local talent. 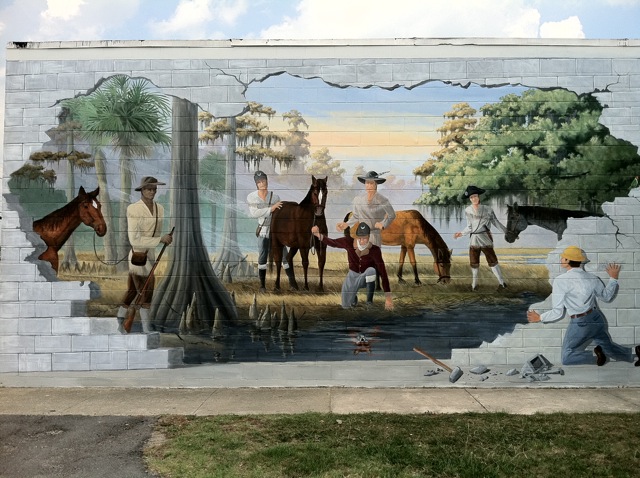 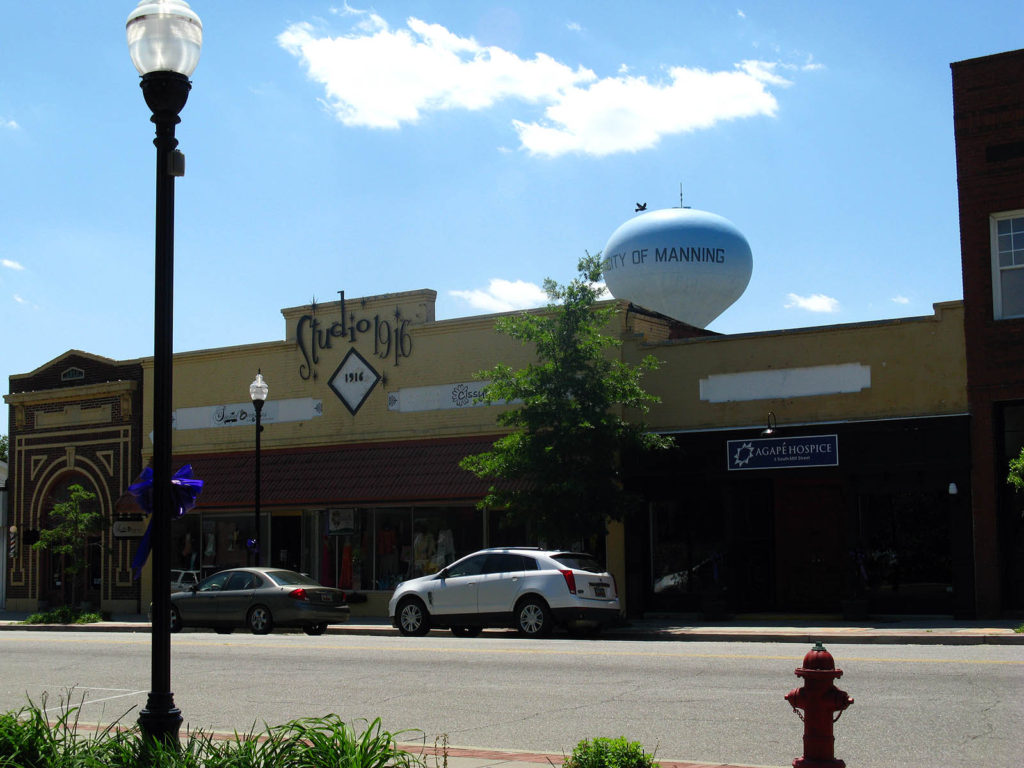 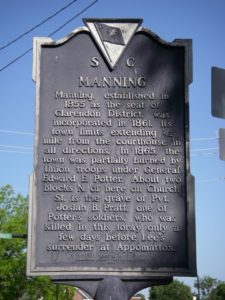 Located near the headwaters of Wyboo Creek in South Carolina’s lake country, Manning was officially founded in 1855, but its rich history predates its official founding.  The Manning community is known to have been inhabited by the Santee Indian tribe, part of the Sioux nation, which lived in this area hundreds of years ago.  “Wyboo” is thought to be an Indian tribal name meaning “wide river” and “Santee” is thought to mean “pretty water.”

Later, area native son and Revolutionary War hero General Francis Marion (known as “The Swamp Fox”) and his militia of Patriots out-foxed British General Lord Cornwallis’ forces in five local Revolutionary War battles. Known today as the father of guerrilla warfare, General Marion and his band of local volunteers are credited with helping to win the Southern Campaign against the British forces, and thus, our new country’s independence from Britain.

Though Manning almost escaped direct involvement in the Civil War, just days before General Robert E. Lee’s surrender at Appomattox, the town of Manning was partially burned by Union troops under General Edward E. Potter (in a campaign of destruction later know as Potter’s Raid). The town was rebuilt and restored, and it flourished in the late 19th and early 20th Centuries as agriculture, abundant timber and access to railroads drew people from nearby areas.

Deercreek At Wyboo is Ready For You

Just eight miles south of downtown Manning, in the heart of South Carolina’s lake country, a new golf course home is ready for you in Deercreek At Wyboo.

Find Your Way Home to Deercreek At Wyboo!